Truro Anglican Church exists to celebrate and proclaim the good news of the gospel of Jesus Christ. We invite you to learn more about us, and we look forward to welcoming you in person!

Truro Church takes its name from Truro Parish, created by the General Assembly of Virginia on November 1, 1732. It included what is presently Arlington, Fairfax, Loudon, and Prince William Counties, and the cities of Alexandria, Fairfax, and Falls Church. The parish was named after Truro Parish (now the Diocese of Truro) in Cornwall, England. The cornerstone of the current main church of Truro is from Truro Cathedral in Cornwall.

In those early years, there were only two churches in the parish: a chapel above Goose Creek (in what is now Loudoun County) and the original Pohick Church near Occoquan, in southern Fairfax County. In 1766, a new church was established “on the middle ridge near Ox Road,” the present site of Jerusalem Baptist Church, off Route 123. The Truro Parish vestry contracted Edward Payne to build this new church, and it became known as “Payne’s Church”.

With the outbreak of war with England in 1776, Payne’s Church fell into disrepair and was abandoned. The Jerusalem Baptist Church later took possession of the building until the outbreak of the Civil War when Union troops demolished the church, disassembling it brick by brick and using the materials to build chimneys for their tents. 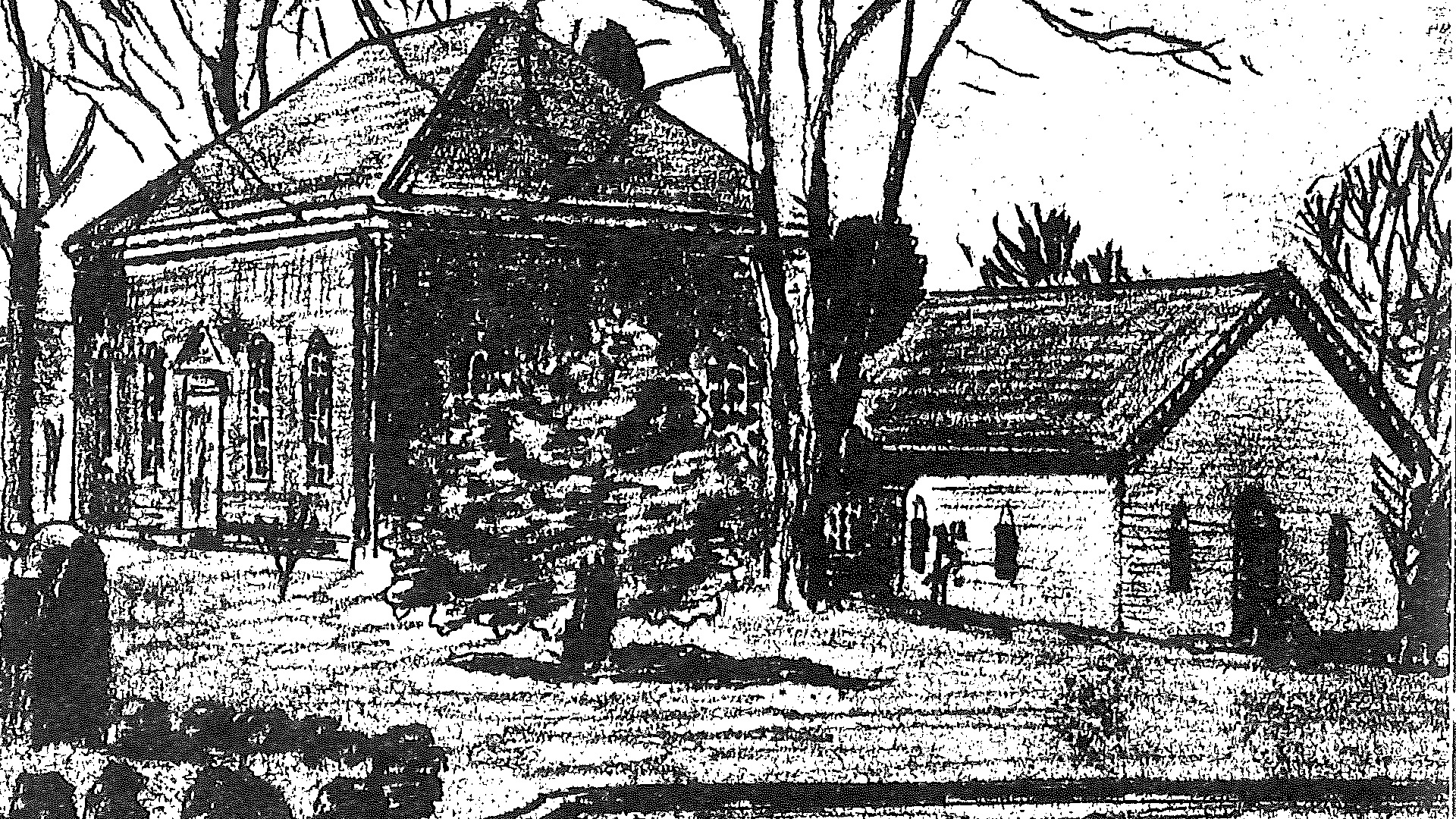 There was no Episcopal Church in the City of Fairfax until the Rev. Richard Templeton Brown, rector of The Falls Church, organized a congregation in 1843. The congregation first met at the historic Fairfax Courthouse and then moved to the private home of Mrs. William Rumsey, a Baptist from New York. There were fourteen communicants. A year later, a plain white frame church was built on the present sight of the Truro Chapel and was consecrated as Zion Church in 1845.

As Union troops advanced into Virginia at the outset of the Civil War, the congregation was forced to abandon Zion Church. During the Civil War, Zion Church was first used as a storehouse for munitions and then was destroyed. The house that is now the Gunnell House was at that time a private residence and was used as the Union headquarters by General Stoughton until 1863 when he was captured in the middle of the night by Confederate Captain Mosby. Graffiti written by the officers stationed in the house remains on the walls in a closet on the third floor. 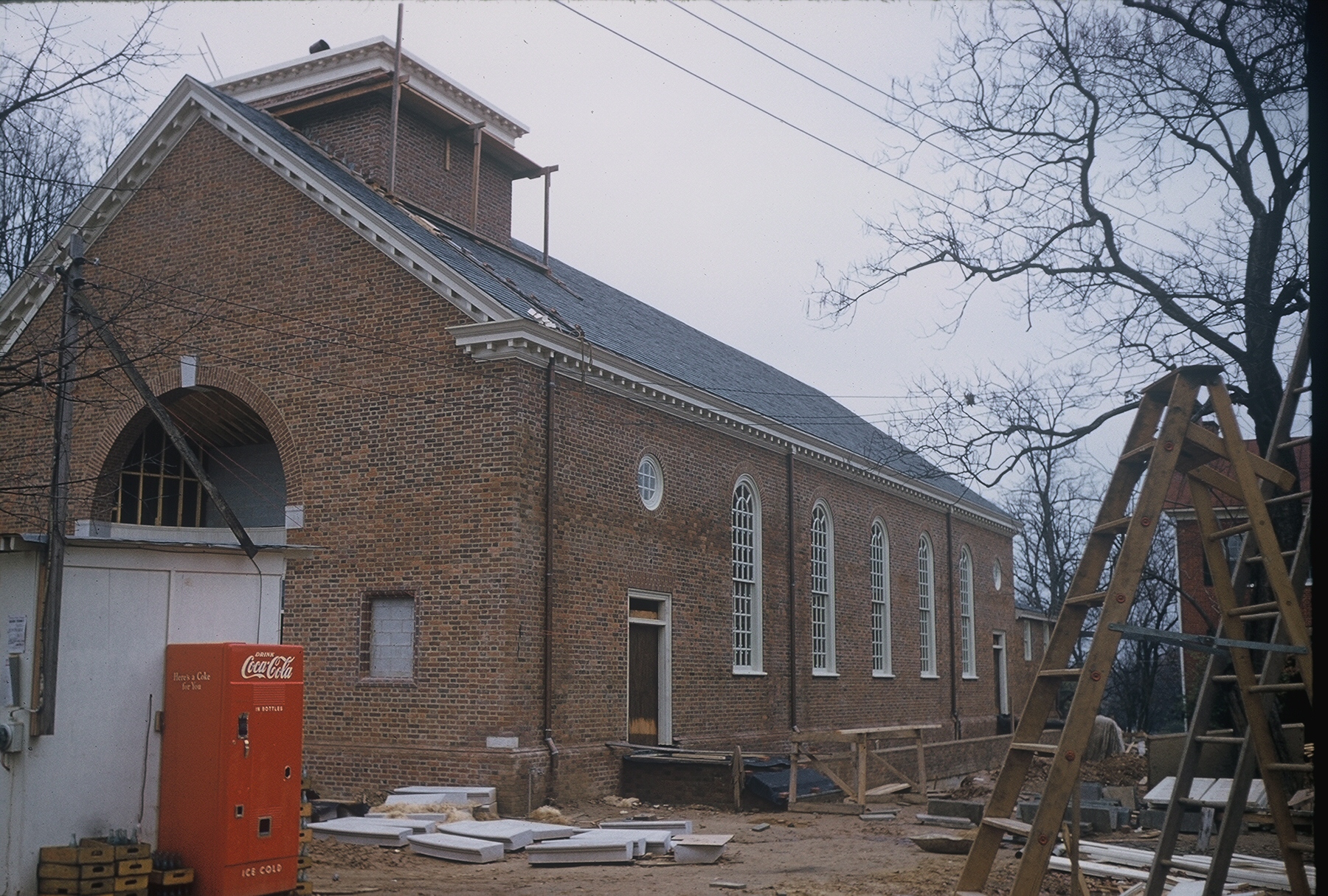 In 1882, the house – once occupied by Union troops – was purchased for use as a rectory. At that time, it was half the size it is today and was enlarged to its present form in 1911. The Gunnell House served as the residence of the rector and his family until 1991 when it served first as a home for single mothers and their babies (NOEL House) and then as the offices for Truro staff.

At the close of the Civil War, the congregation of Zion Church re-formed and began to meet in the Fairfax Courthouse. Zion Church was rebuilt and consecrated in 1878.

Zion Church remained in active use from 1875 through 1933, when a new church (now the Chapel) was built to serve the growing congregation of 100 parishioners. Designed to replicate the old Payne’s Church on Ox Road, the new church was consecrated on May 1, 1934, as Truro Episcopal Church. The old Zion Church building was used as the Parish Hall until it burned down in 1952. 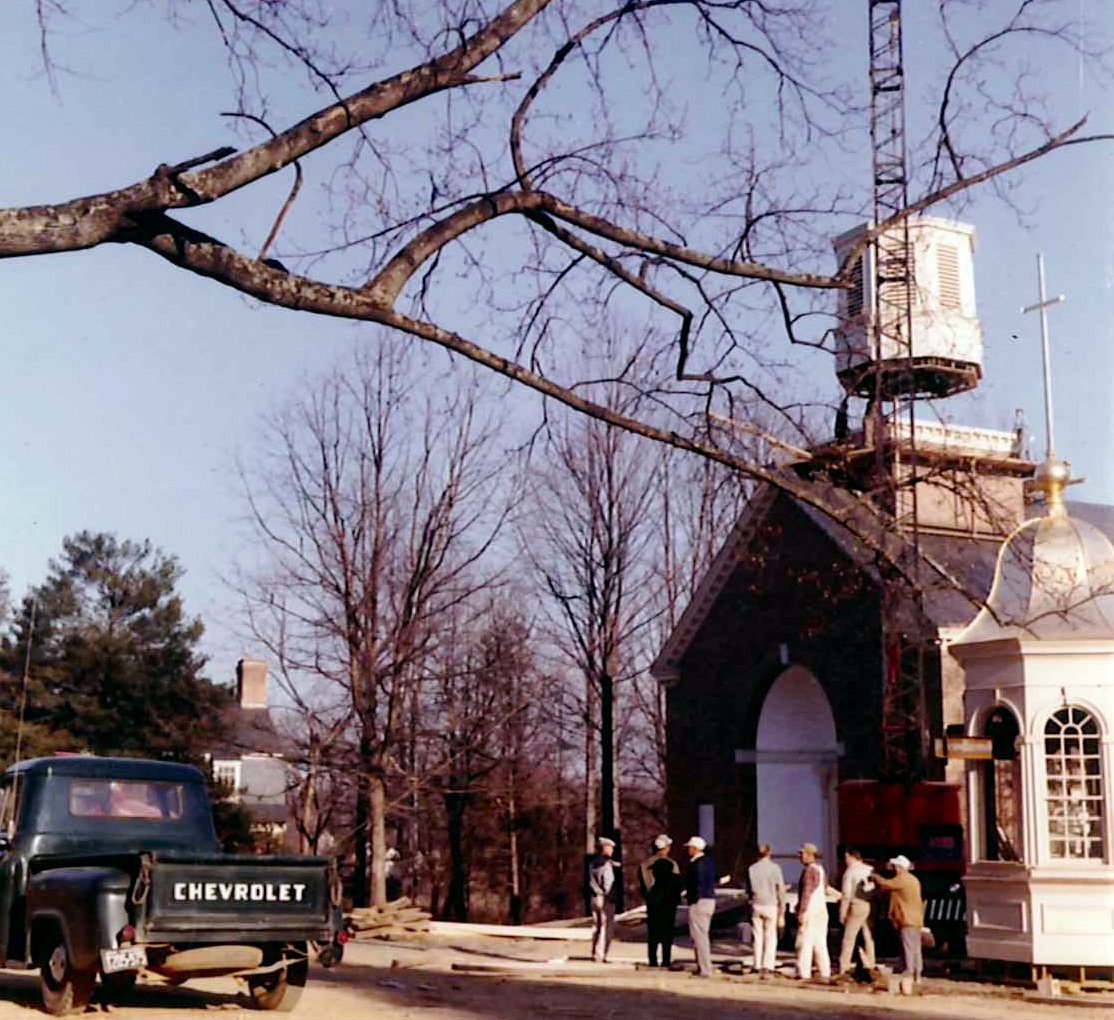 The Rev. Dr. Raymond Davis was installed as rector of Truro in 1948. He said that he would be pleased if he could – just once – fill all one hundred seats of the little brick church. Not only were all the seats filled, but the growing congregation began to burst at the seams as the great suburban expansion of Northern Virginia began in the 1950’s. In 1959, a new and larger church was completed with a seating capacity of 500. The congregation first worshiped in the new church on Palm Sunday 1959, and when the mortgage was paid off in 1974, Truro Church was consecrated. The old church is now known as the Chapel.

In 1967, a small group of Truro parishioners (who had been meeting together for Bible study and prayer) received permission to begin a mission church called the Church of the Apostles, now located approximately three miles west of Truro.

Under the guiding hand of Dr. Davis, and then under the leadership of the Rev. John W. Howe, Truro’s rector from 1976 to 1989, the parish experienced not only physical expansion, but spiritual renewal as well. Another mission church, the Church of the Epiphany, was established in Herndon, Virginia in 1985. In 1989, John Howe was called to be the Bishop of Central Florida; and in 1991, the parish called the Rev. Martyn Minns, to serve as rector. Under Martyn’s leadership, Truro continued to expand its outreach ministries, both locally and abroad, and to offer the Alpha Course, for those exploring Christianity. The Lamb Center, a local ministry to the homeless, was launched by Truro in 1992. Additional churches were planted, namely Christ the Redeemer in western Fairfax County in 1994, and Church of the Holy Spirit in Leesburg in 2001. 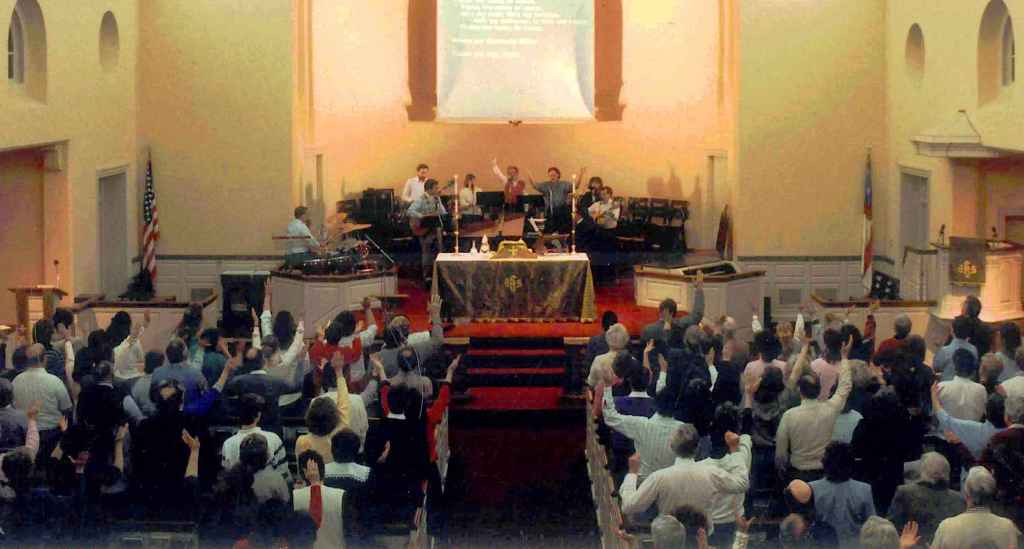 In the beginning of the 21st century, after a lengthy process of prayer and discernment, Truro left its former denomination, and affiliated with a new expression of Anglicanism in America. In 2006, Martyn Minns was called to serve as one of the bishops of this new movement, which would eventually lead to the birth of the Anglican Church in North America (ACNA) in 2009, the denomination to which we belong today.

Truro called the Rev. Tory Baucum to serve as rector in 2007, and in the years ahead, Truro would continue its ministry as a vibrant local church, with a love for Jesus, a heart for the lost, and a passion for outreach, locally and around the world.

Following the pandemic in 2020, Truro began a search for its next rector, and called the Rev. Jamie Brown in August 2022. Our church stands ready to step into a new chapter of ministry in the years ahead, celebrating and proclaiming the good news of the gospel of Jesus Christ. 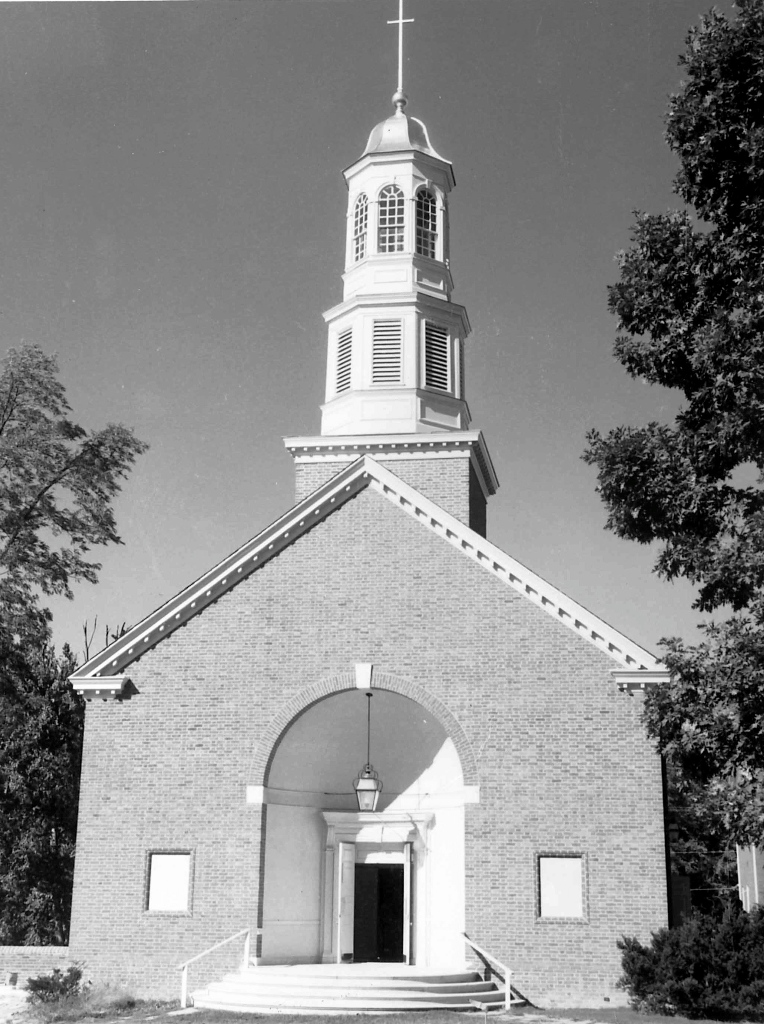 Truro is an Anglican church and we are a part of:

Get to know us better!

Receive our weekly newsletter right in your inbox